How to Maintain the Right Tone in a Resume 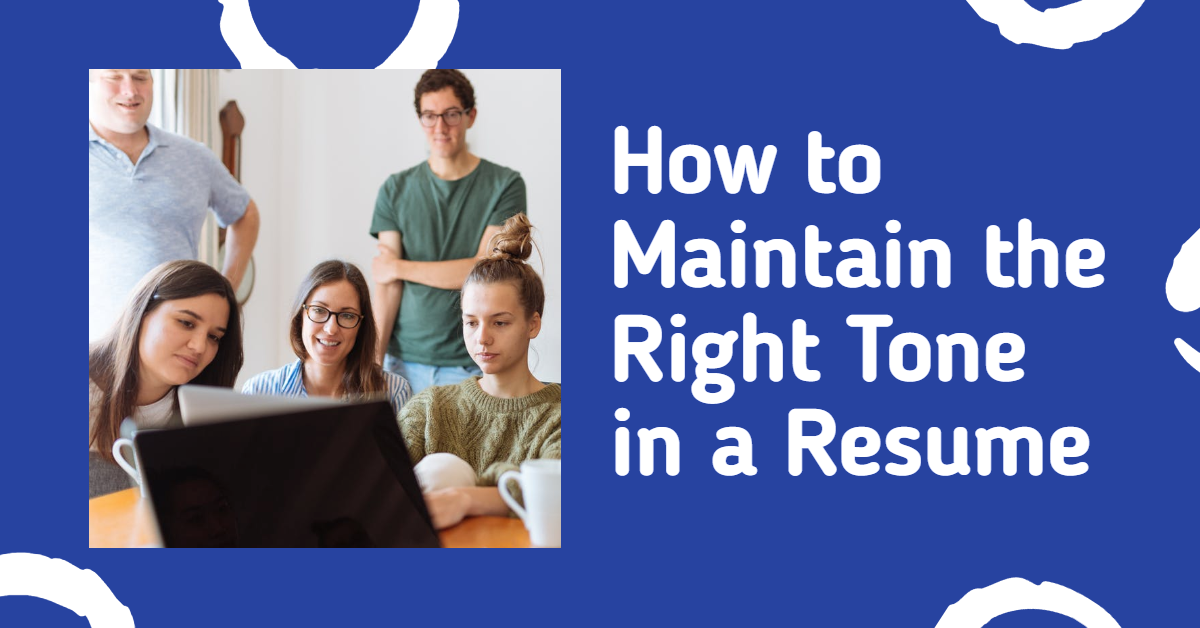 It is natural to end up with haphazard tones in your resume if you’re writing a resume for the first time in your life. Often neglected by newbies, the right tone in a resume is directly proportional to the positive effect you will have on the reader. To understand the totality of resume language, follow the ten tips and learn how to maintain a consistent tone in your resume with ease.

What is the Right Tone to Use in a Resume

Unless you’ve been a linguist, musician or marketer, the tone in a resume must be news to you. One of the easiest signs of a well-crafted profile, the right tone in a resume takes time to learn. Typically, a job application requires candidates to maintain a consistent formal tone throughout the resume. This renders a positive effect on the reader about your candidacy as a formal tone boosts the professional effectiveness in a resume. However, not all resumes require a formal tone to prove effective. If the job description is written in a casual tone or seeks casual application requests, it is not wrong to loosen your lingo and employ a semi-formal tone in the resume. The informal tone must be used in a resume only if you are acquainted with the hiring manager, otherwise the same can lead to rejection or blacklisting of the resume.

Tips to Maintain the Right Tone in a Resume

Pitching an appropriate tone that complements your resume is important to make a significant mark on the reader. As tone also refers to the vibe or level of enthusiasm or professionalism maintained in the resume, there are many ways to upgrade it. In short, you are the product your resume is selling; hence, pitch the right tone in resume to be hired sooner than later!

One of the commonest advice about tone in a resume that everyone knows is about the usage of personal pronouns. It is recommended that candidates avoid using pronouns such as “I”, “me” or “you” in a resume as it degrades the professionalism of the candidate. Instead, use action verbs to emphasize your candidacy better.

The introductory title or statement of the resume judges whether your resume will be received positively or negatively by the recruiter. To guarantee a positive effect, avoid referring to failures, termination or other negative references in the resume. It is important to rectify red flags in a resume about your past job history or supervisors to pass the evaluation.

3. Do not use the Third Person

Do you want to sound authoritative in your resume? Then, ditch the third person usages from your resume right now! Third-person usage is described as using “He, She or It” in the resume when referring to self. It is natural to believe that third-person pronoun is acceptable as “I” and “Me” are inappropriate for resumes. However, the best way to elaborate your work history, summary or achievements is by eliminating the use of pronouns wholly. You can start the sentence with an action verb or adjective to emphasize your superlative candidacy than any pronoun at all!

When describing your achievements and skills in the resume, it is best to avoid using words that express uncertainty as it results in a confusing tone in the resume. Use definite or certain auxiliary verbs in the resume or CV to convey the strength of your expertise. In short, replace words such as, “May”, “few”, “some” or “many” with quantifiers. It is best to use bold and strong words or numbers to refer to your achievements as it helps to establish the authenticity of your candidacy as too.

The tone in a resume can also be used to convey your intense dedication and passion for working for the recruiter. Hiring Managers want to see motivated candidates who are enthusiastic to join the company. However, you must tone down the excitement as hiring managers reject overexcited candidates instantly. Your statement must be appealing, authentic, and engaging in the resume to prove that you’re genuinely interested in the job offer and aspire to give your best.

Another important guideline to maintain a diplomatic tone in your resume is by avoiding self-centered pompous sentences or adjectives. Using superlative degree words such as “Greatest” or “Most Efficient” are considered damaging to the resume. Hiring Managers recommend using simple adjectives to quantify the results and achievements in a resume as a fitting candidate.

Akin to over-confidence, under-confidence is also a killjoy for job aspirants. Undermining your achievements or skills is harmful to your profile as it indicates weaker expertise of the candidate in those areas. It is important to be simple in a resume without losing personality as well. A boring or dull resume is the combined result of neutral adjectives in a resume. To prevent it, use positive adjectives than neutral ones to demonstrate authority in your resume. Moreover, a neutral adjective in a resume makes the skills and achievements section sound unremarkable too.

Candidates must actively avoid the use of generic keywords common to resumes in your job sector to avoid being rejected. The more common your keywords are, the more it undermines your tone in the resume by making it seem as plagiarized the content stolen from elsewhere. If you want to maintain a genuine and positive tone in the resume, use relevant, formal, and positive keywords strategically in the resume.

Passive voice is often used by candidates in resumes to indicate professionalism, but the truth is the opposite. A sentence with a passive voice distances the candidate from his or her achievements. Instead of using passive voice in the resume, use power verbs to boost the effectiveness of your technical proficiencies.

10. Rate the Tone of your Resume

Ask a friend or family member to scan your resume once you’re done writing it. When the scanning is complete ask your friend if your profile sounds tonally strong for the job role you’re applying to.

Hiring Managers vouch that the personality of a candidate can be sketched clearly via the tone used in the resume. Your motive is to make the interviewer interested in meeting you than being bored by using enticing and positive tone in resume. To do so, you must use the above tips to rectify the tone in your resume and create a resume that gets noticed. 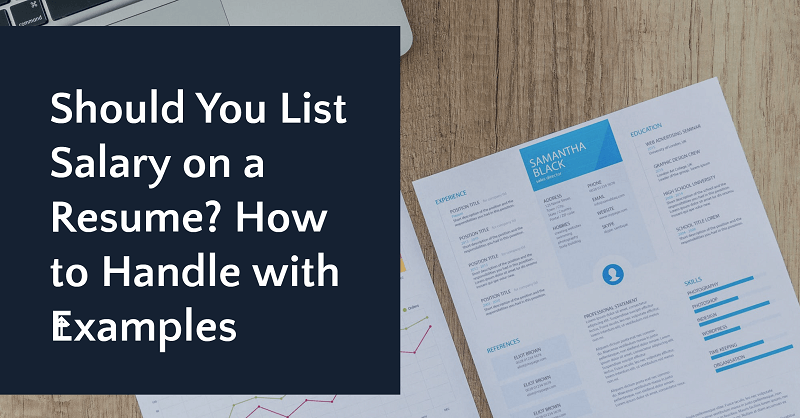 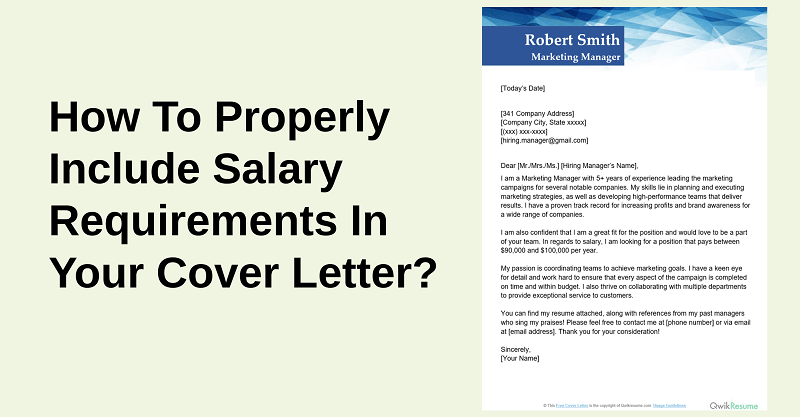 How To Write A Cover Letter With Salary Requirements 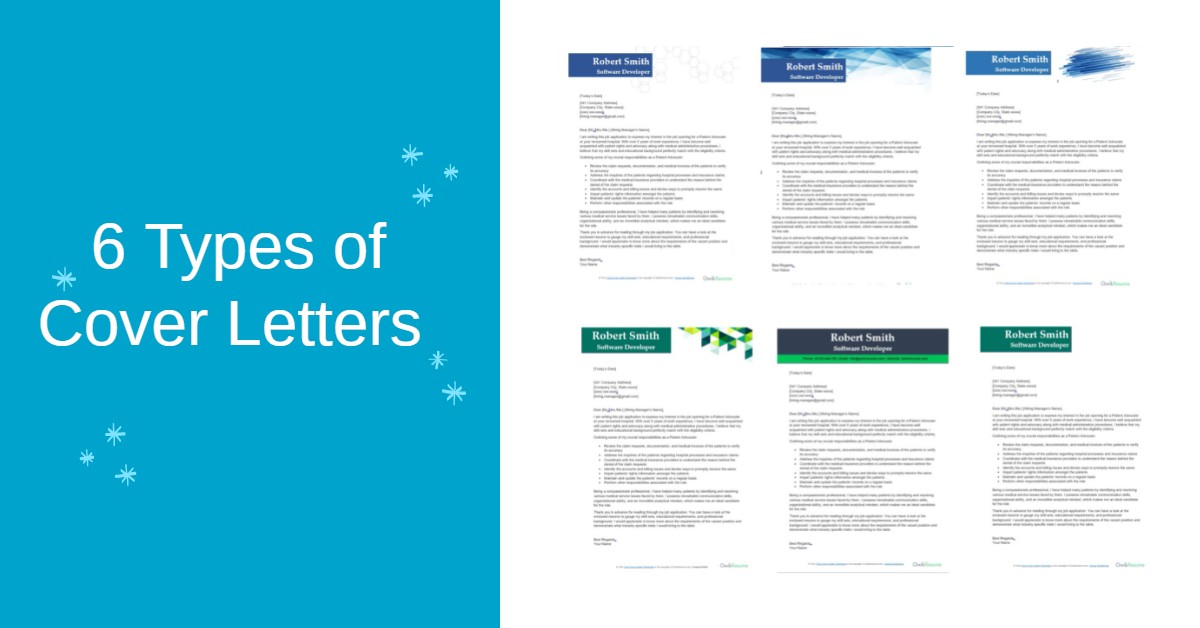 Types of Cover Letters to Help You Get the Job 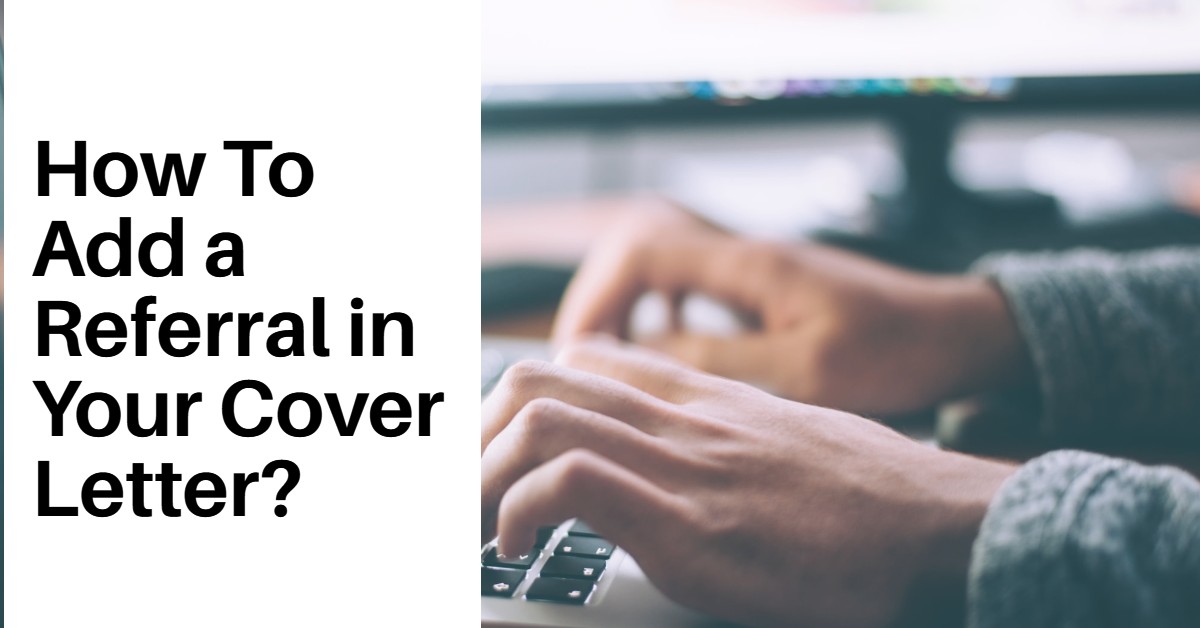 How To Include a Referral in Your Cover Letter? 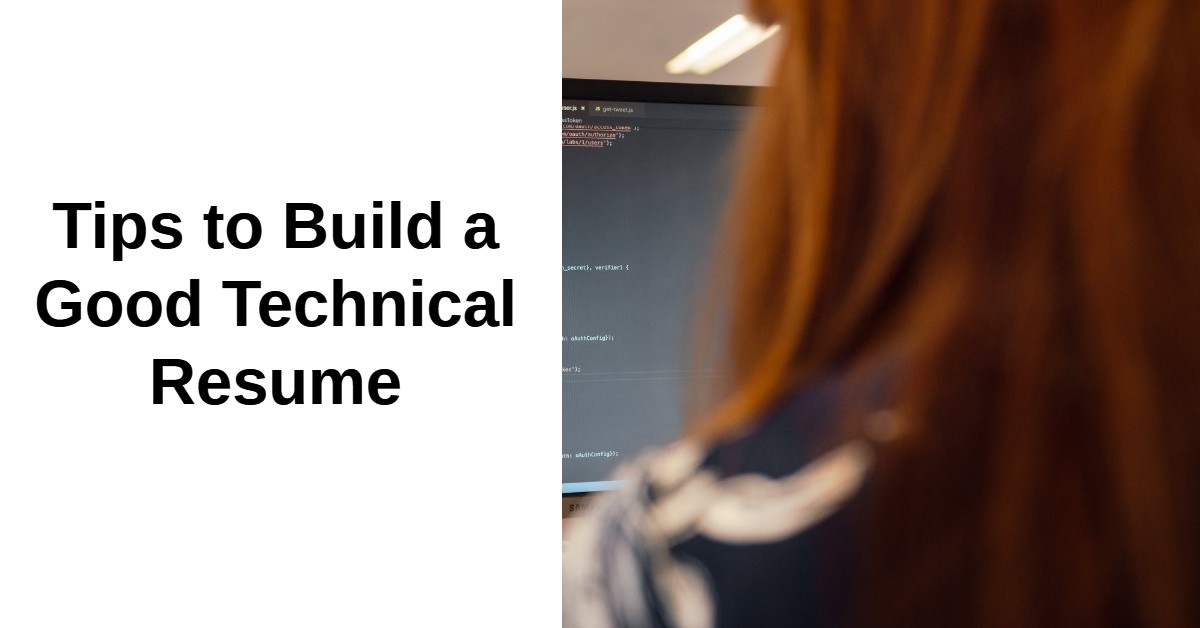 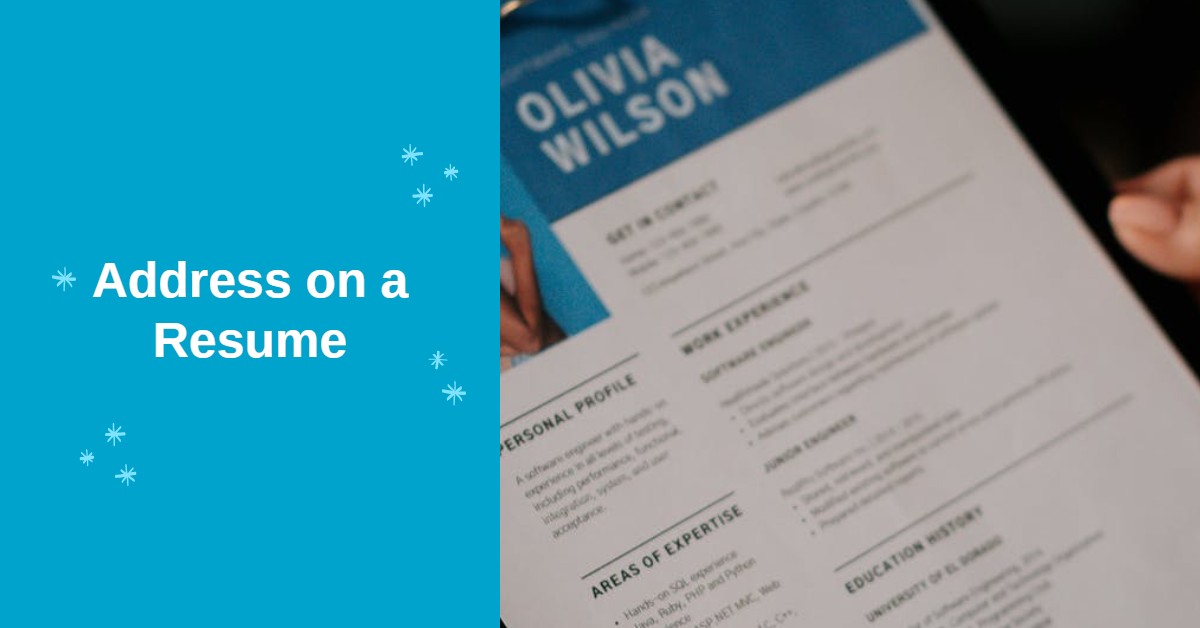 An Address On A Resume: When to Include and Leave Out? 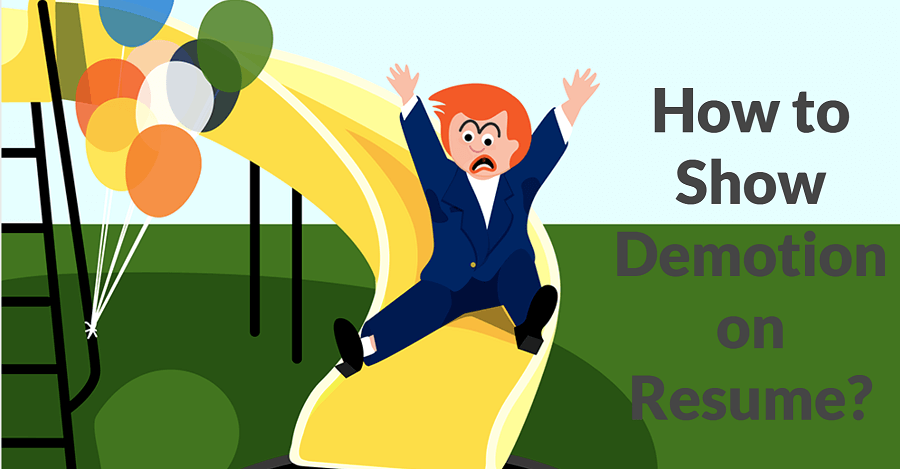 How to Explain a Demotion on Resume & Cover Letter